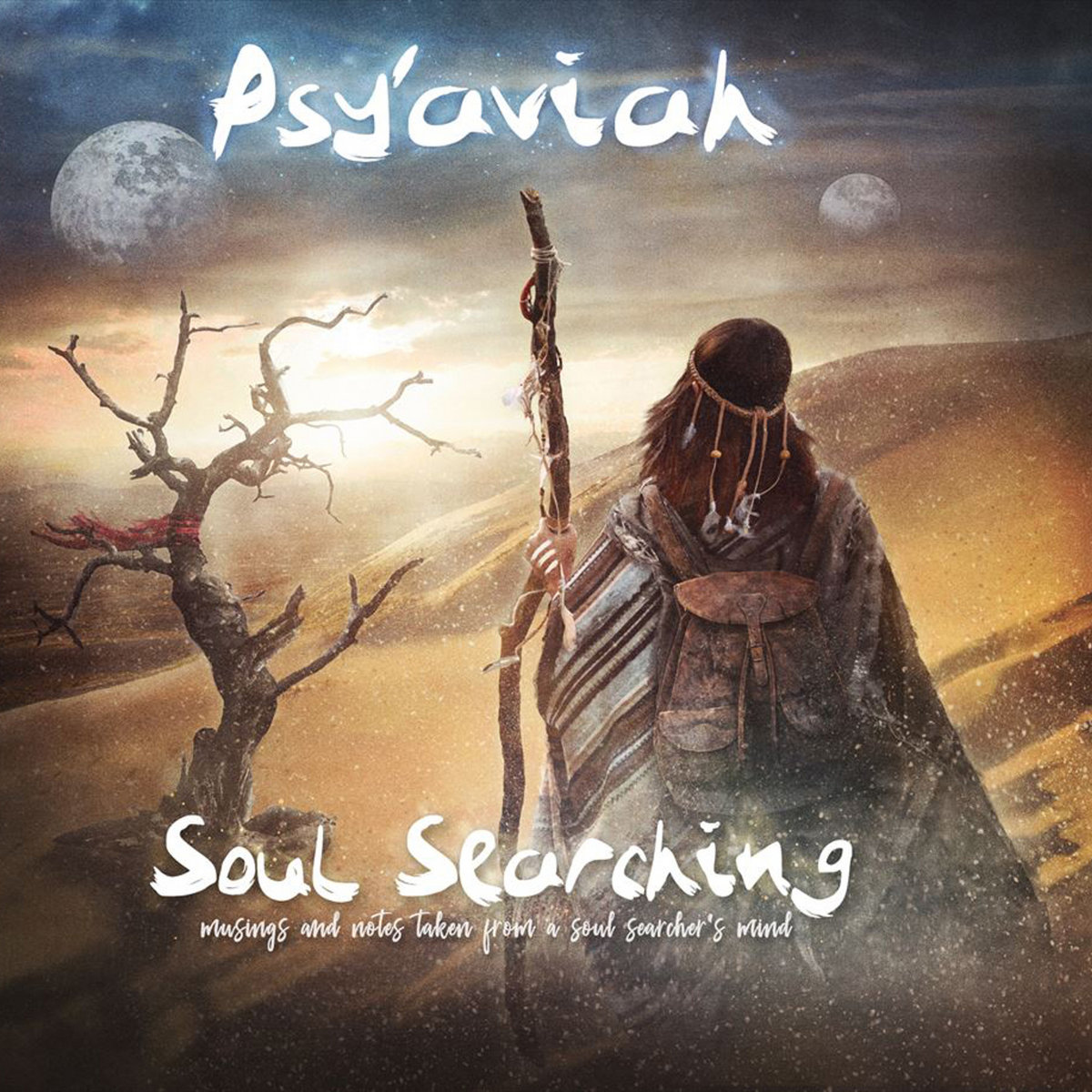 Antwerp based band Psy’Aviah brings open-minded electronic music with energy and soul. Their sound is best described as “eclectric” as they fuse several genres and into their own musical world. The band was initially founded in 2003 by producer and composer Yves Schelpe, later joined by vocalist Emélie Nicolaï and guitarists Kristof De Clerck (2007-2011) and Ben Van de Cruys (2011-…). From 2013 on the project moves away from a tradition line-up, and Yves focuses back on inviting guest vocalists and musicians into their music. 2017 saw a new album “Seven Sorrows, Seven Stars” and a brand new live line-up that started perform again Fall/Winter 2016 with legendary Ben van de Cruys on guitars, songwriter & producer Yves Schelpe on keys and the famous Marieke Lightband who will certainly have a big impact on you.

Explore our discography filled with albums, singles and full albums below.

Belgian photographer GNY (aka Gwenny Cooman, also known for her work in the band Mildreda) collaborated with artist and musician Yves Schelpe of Psy’Aviah for her exhibition's finissage titled 'the earth keeps spinning without being noticed'.

Yves wrote a dark ambient soundtrack and movie inspired by her work that played during the exhibition, reinforcing the atmosphere of the photographs, adding a unique sonic dimension to the exhibition, giving tones of hope and peace, but also of darkness and melancholy highlighting the contrasting sides of city and nature. The movie he made mirrors her photography.

Good to know, the Belgian national radio Klara picked up and broadcasted tracks from the album, one being: 'The Escalator'.

Dream Fever is an introspective song telling the story of a person trapped inside a hallucinating dream you can’t wake up from, a description of escapism where reality and fiction merge into one, a glimpse into a dystopian future where some questions arise like “Can I dream forever, will I fade away? Will I live again or do I fade away?"

"Looking For The Sun" is the perfect complementary release to PSY’AVIAH’s recent album “Lightflare”, expanding the quest for light and happiness in the desperate world of the blind we all live in. An accelerated new chapter taking a straighter approach and more direct critical view on our artificial society and its pseudo-heroes… With 3 brand new songs and plethora of club oriented remixes, the Belgian electronic act does not only give us food for thought but also manages to offer us a remix of tunes you can dance away your problems to.

"This album is my testament to hope!", says Yves Schelpe. "It’s a journey from utter despair towards joy and happiness. With "Lightflare", I leave behind those bitter moments in life, the album is a beacon, shining, standing tall like a lighthouse in a rough ocean storm, waiting to be a guide for all those lost at sea… For those wandering souls, for you, and perhaps - and more than likely - even for the "future me".

With Kyoko Baertsoen (ex-HOOVERPHONIC, LUNASCAPE) and her unique timbre fitting so well this sorrowful blend of trip-hop rhythms and EBM basslines on "Alcubierre Drive" and Fallon Nieves and her powerful vocals with attitude on the floor-packing “Not What I Expected” and its incisive synth lines and hypnotic grooves à la PRAGA KHAN, Yves Schelpe nicely summarizes PSY’AVIAH’s amazing dichotomy of sound stretching from moody mid-tempo electronic tunes to modern upbeat club songs with a dark industrial edge.

With "The Xenogamous Endeavour", Antwerp based artist Yves Schelpe decided to make a return to the core of his PSY'AVIAH project, employing total artistic freedom and studio experimentation, writing all the songs on piano first and then only later transposing them into PSY'AVIAH's characteristic electronic world before searching for the right voice fitting the song and its atmosphere. A creative approach not only reinforcing the personal and almost autobiographical side of this new album, but also reaching the best "cross-pollination" from the numerous refreshing collaborations featured on the album and its unique blend of influential music genres of synthpop, rough electro, trip-hop, ambient, etc.

On this (magic number!) 7th full length release, PSY’AVIAH creates some distance from its darker and almost depressive roots taking us towards more joyful and positively driven atmospheres while keeping his unique emotional and almost ghostly creative touch intact. The lyrics deal more this time with magic, wonders and mysteries and beautifully match with the band’s characteristic sound-mix of futuristic electro, moody trip hop, floating ambient and other groovy eurodance.

With "The Xenogamous Endeavour", Antwerp based artist Yves Schelpe decided to make a return to the core of his PSY'AVIAH project, employing total artistic freedom and studio experimentation, writing all the songs on piano first and then only later transposing them into PSY'AVIAH's characteristic electronic world before searching for the right voice fitting the song and its atmosphere. A creative approach not only reinforcing the personal and almost autobiographical side of this new album, but also reaching the best "cross-pollination" from the numerous refreshing collaborations featured on the album and its unique blend of influential music genres of synthpop, rough electro, trip-hop, ambient, etc.

This new “Future Past” mini album builds on PSY'AVIAH's previous album "Introspection/Extrospection", and takes it one step further. They have tasted electro-pop, dubstep and electro-house... and then made it their own. Resulting in a blend of ambient-dubstep on “Circles”, ballad like electro-pop on “Letting Go”, pure EBM vs Electro-House with acid elements on “Look Beyond”, and some dubstep-electro influences VS ambient textures on “Paused” and “Our Common Future”.

A 100% pure dancefloor/DJ oriented EP featuring progressive trance mixes by M.I.K.E. (PUSH, PLASTIC BOY) and JAN VERVLOET (FIOCCO, SCOOP). Add to this the Breakbeat/Dubstep power by MASAMUNE and NUDE, the progressive electro by RADICAL G or yet the subtle electro-bleep pleasure by Belgium's new "KRAFTWERKian" sensation METROLAND or yet the atmospheric rework by Ghost of GHOST & WRITER.

Moody piano based songs like "Ok" beautifully merge with upbeat electro-techno moments ("Human Garbage", "SOS Overdose" or yet the virulent "Virtual Gods") and other more electric electro pop tunes. An uplifting musical trip where genres are subordinate to the emotions and messages the songs carry. Isn't it what we should call futuristic wave pop? Faithful to their concept of experimentation, through studio jam sessions / collaborations, and after having worked in the past with people like FRONT 242 or yet AYRIA, this time PSY'AVIAH joined hands with the beautiful Swedish artist and model Kari Berg (ex-ASHBURY HEIGHTS) who delivers dark melodic vocals for the track “Deep Dark Desire”. “Home” is coloured by the vocals of the talented MISERY singer Lis van den Akker.

Faithful to their concept, the Belgian act continues developing a network of fruitful collaborations bringing us this time impressive results on "Ophelie" featuring Jean-Luc De Meyer of FRONT 242 as guest 'poet' and the dancefloor filler "Into The Game" with Jennifer Parkin of AYRIA as lead vocalist.

Created in 2003, PSY'AVIAH entered the spotlight for the first time when they won Belgium's famous national radio station Studio Brussel's demopoll. Their debut album "Creationism" and their sexy and dynamic live performances allowed them to establish themselves on the Belgian indie scene as one of the most promising talents. By teaming up again with producer Len Lemeire (32CRASH, ANNE CLARK, IMPLANT, UNTER NULL, etc.) for the recording of their 2nd album, PSY'AVIAH again brilliantly scored a top 20 entry in BBC's "The Next Big Thing" contest with their collaboration with poet Suzi Q. Smith.
For their new LP "Entertainment Industries", you can expect a more upbeat and danceable attitude, with the unique and sensual female vocals of Emélie and Yves' unmatched vicious synth arrangements. PSY'AVIAH integrates elements of noise and distortion into their intricate melodic electronics reinforcing the rawness of the emotional purity of their work. The album also includes 4 bonus remixes by LEAETHER STRIP, IC 434, IMPLANT and DIFFUZION.

Upcoming see you soon, book us at info@psyaviah.com

Book us well in advance for performances, either full concert, semi/elektro-acoustic or ambient performances on your budget, scale and your type of event. We are flexible, feel free to mail us with your proposal, we're open for anything. Check our history below.

Past a selection of our past concerts

Don't hesitate to get in touch for bookings, interviews, remixes praise and complaints. We love hearing from you!